I am Jen Lampton, and I am one of the Co-Founders behind Backdrop CMS.

I make software that makes websites.
I have been actively building websites since 1997, and have been an advocate for Open Source software since 2006, when I first joined the Drupal community.

I currently maintain several Drupal modules in addition to those I'm working on for Backdrop CMS. As part of my day-to-day work, I often create new modules, or fix existing applications. It's built in to my process to contribute these changes back to the communities that generated the code I am using on that project.

I've been a passionate core contributor to both the Drupal and Backdrop CMS projects.

My primary focus is on making things easier to use ("usability") and easier to learn ("learnability").
This urge stems from my years as a Drupal trainer. I watched students of all experience levels struggle with complicated user interfaces, and code patterns that weren't intuitive.

In the fight to make Drupal easier to learn, I spent almost 2 years as the Twig "initiative" lead for Drupal 8. I had the pleasure of wrangling a ton of fantastic contributors to get the Twig template engine into Drupal core.

I now serve as the usability constituent on the Backdrop Project Management Committee. My position there is make sure that our CMS is easy to use for editors, site architects, and developers alike.

I love community.
From 2007-2017 I served as one of the lead organizers for the largest free Drupal event in the world, the Bay Area Drupal Camp (also know as BADCamp).

In 2010, I was also on the organizing committee for the last independently-organized DrupalCon in San Francisco (Before the Drupal Association took on the brunt of the logistics work).

I rely heavily on my experience working with enthusiastic contributors in Open Source communities, and I hope to apply those skills here in the Backdrop world as well.

Ways in which I contribute to Backdrop CMS: 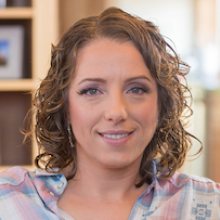