Once upon a time, long long ago, I was a system designer in a research team building an experimental digital telecommunications system, in the days when almost all transmission was analogue and switching was electromechanical. After the success of our small trial system, built with newly available integrated circuits, we moved on to investigate the use of 'stored program control', evolving into the use of processors and software - now of course commonplace.

My early experience of programming was with Algol, back in the days when your hand-written code was punched onto tape by the punch-room girls and taken to a monster computer in an air-conditioned room to be included by the operator in the next batch. We never dreamt that one day we would have so much more capability and immediacy on our laps.

I have been implementing small and medium websites for about 16 years, and using Drupal for the last seven. Over the years I have become familiar with using HTML, CSS, JS, PHP and MySQL but am not a real expert. For hosting, I use a modest VPS which provides the Linux, Apache, MySql and PHP framework I need for several websites.

I came across BackdropCMS when reading someone's blog at the end of 2014, when I was worrying about the prospect of facing another big learning curve if I were to attempt to get familiar with Drupal 8. I soon became a contributor to the Backdrop project, focussing on porting the contributed modules I needed for some new website projects during 2015. I attempt to blog about my experiences at www.oliverweb.net

Ways in which I contribute to Backdrop CMS:

Projects I am/have been involved with: 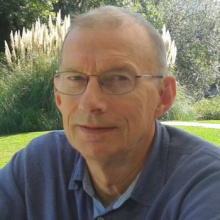 Member for
6 years 10 months
Areas of Expertise:
Industries worked in:
The information displayed in this profile is created and maintained by the individual member.
As such, Backdrop CMS is not responsible for, nor guarantees the accuracy of, this information.