In addition to doing module, theme, and layout updates from within Backdrop, version 1.12 now includes the ability to manually update backdrop itself. This is the next step in our journey towards providing automatic updates.

New Icons in the Admin Bar

As part of our visual update, we’ve had a clamouring for more iconography throughout our administration. New icons now appear in the admin bar, to match those that were added on the admin overview page.

A simpler way to provide options for selects, radios, and checkboxes.

If you were a fan of the Options Element module for Drupal 7, do we have a surprise for you! That simple interface now works on fields in core:

We now have the ability to add any number of descriptive Tags to our modules, themes, and layouts. Tags now appear on the modules page (collapsed by default), and are searchable via the filter box at the top of that list.

Want to put your site’s contact form in the footer? It’s a piece of cake now with Backdrop’s new contact block. 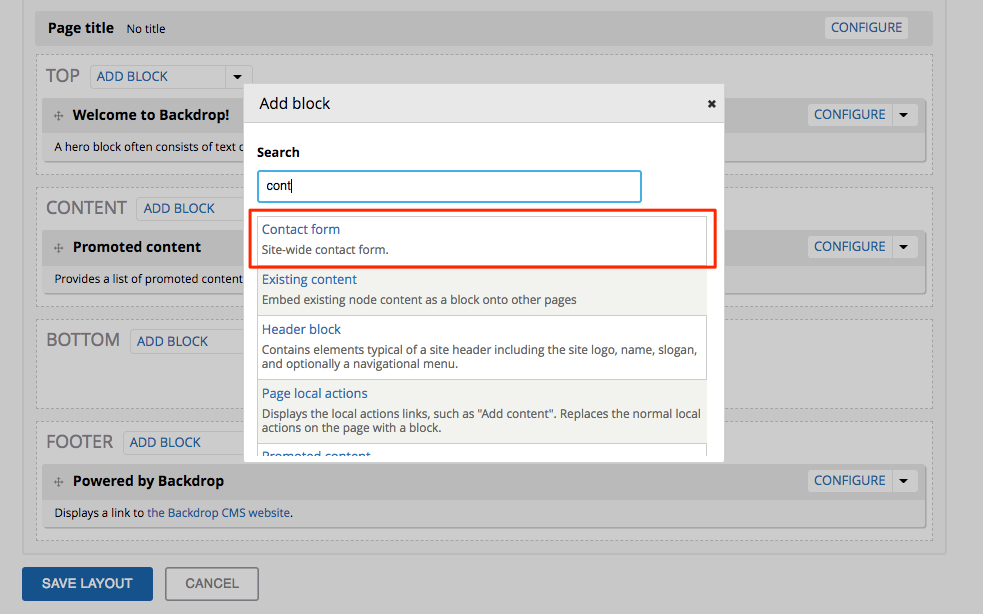 Hey there front-end developers, we know you want to play with CSS grids. We’ve converted those old HTML tables to shiny new grids for you (but don’t worry, if you’d built any before they’ll remain tables until you’re ready to convert them).

If you're using the Backdrop 1.12 release and would like to provide feedback, we'd love to hear from you in our forum.

To see all the other improvements packaged in the 1.12.0 and 1.12.1 release, take a look at our release notes on GitHub!