After another 4 months of new feature development, we're pleased to announce the release of Backdrop 1.10! This version of Backdrop adds lots of exciting new functionality to Backdrop CMS, including:

Content can now be scheduled as it's being created, and will be automatically published in the future.

Comments can now be configured to close automatically after a period of time. This is particularly useful if discussion on content usually only happens for a few weeks after the initial publishing. Comments can close afterwards to limit spam.

In addition to the previously supported inline image uploading, editors may now also upload files directly into the rich text editor.  This is particularly useful when your text needs to link to that supporting PDF. 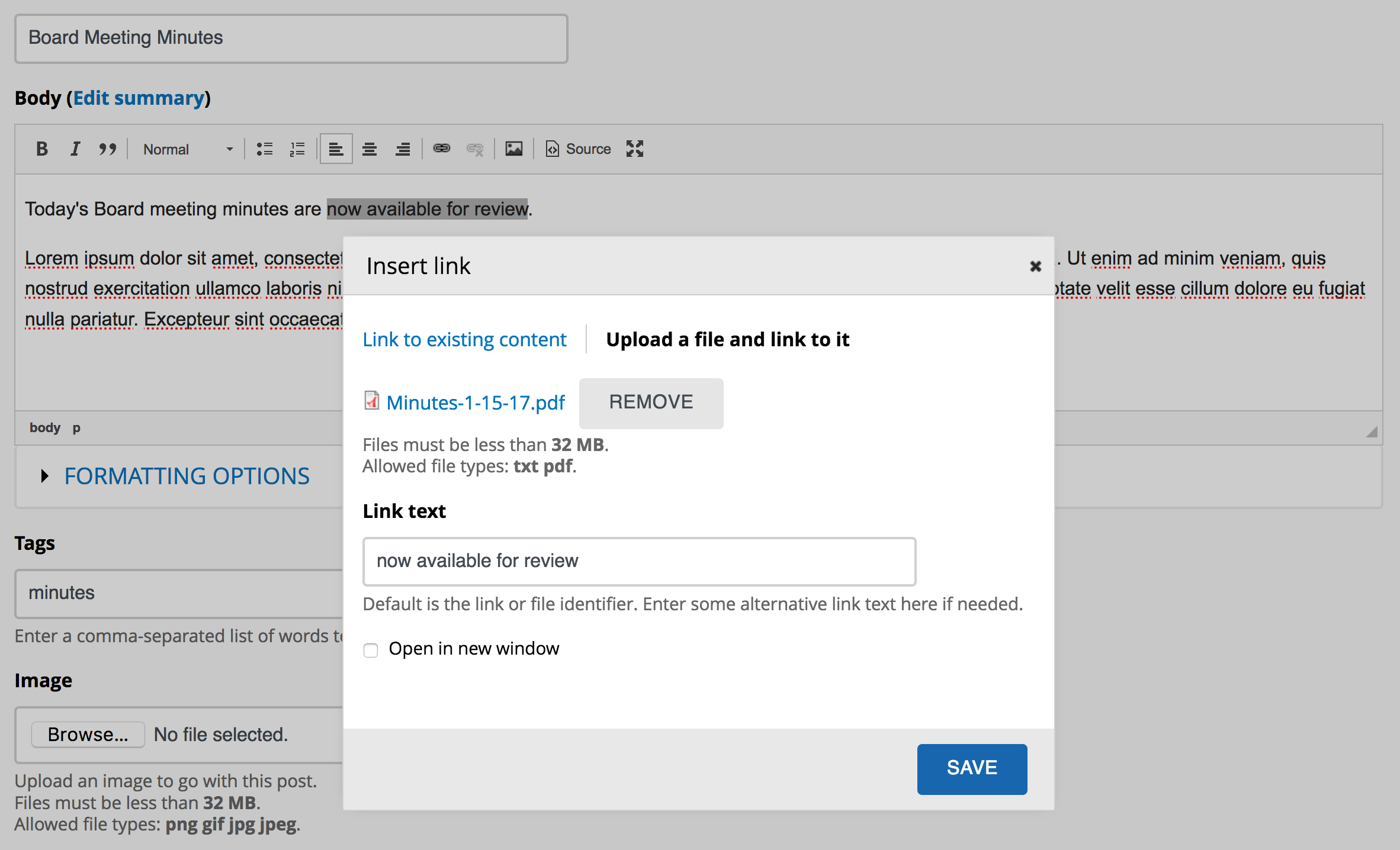 Menus may now be translated into multiple languages. This functionality is built into the Menu module directly, and becomes available if the Locale module enabled.

Blocks also now have native translation capabilities. This functionality is built into the Block module directly, and becomes available if the Locale module is enabled.

Version 1.10 also includes a handful of other minor improvements, including:

You may upgrade to 1.10.0 from any previous version of Backdrop.

It will be necessary to run the update script (located at /update.php) for this release.

If you're using the Backdrop 1.10 release and would like to provide feedback, we'd love to hear from you in our forum.