Stanford Seed Funding is a feature rich application management system that allows Stanford research centers, institutes, departments, and programs to list funding opportunities, solicit applications, and manage a multi-faceted application review process. The platform was created by Stanford's Research Information Technology and Innovation team in partnership with Aten Design Group, and built on top of an existing codebase developed by the same team for a functionally similar project.

Users that list and manage funding opportunities, knowns as Program Officers, can:

Seed grant applicants can manage multiple applications from an applicant dashboard. They have access to basic status information associated with each application, and can respond to requests for additional information made by Program Officers during the review process.

A variety of automated notifications encourage applicants to complete their applications before the associated deadlines, and notify them of any changes made to an application process already underway. Basic applicant data like name, title, department, association, and research interests are automatically attached to applications via API integration with Stanford Profiles.

Stanford Seed Funding began its lifecycle as a Drupal 7 MVP (minimum viable product) in 2017, built on the codebase of a functionally similar platform, Stanford On & Off-Campus Learning Opportunities. It had been the recipient of ongoing, continuous development cycles for nearly five years when Drupal 7 end-of-life became a pressing issue at the end of 2021.

Our primary focus was, and still is, to serve our users with regular maintenance, iterative improvements, and new features delivered along rapid development cycles often spanning just days or weeks. That considered, the cost of rebuilding the platform in Drupal 9 — both in terms of person-hours and calendar time — was a hard pill to swallow.

Our rough estimates placed the cost of a Drupal 9 version of the codebase Stanford Seed Funding was built on in the neighborhood of 3500 - 4000 hours. An upgrade to Backdrop CMS, on the other hand, would be dramatically more cost-effective, protect years of investment in custom development, and return us to regular development cycles in a fraction of the time it would take to completely rebuild.

We launched Stanford Seed Funding on Backdrop CMS roughly three months after beginning the upgrade process and with just 550 hours of development time invested. Those 550 hours weren't exclusively dedicated to upgrade work, either. We also managed to move the site to Pantheon and rebuild dozens of complex functional test suites in Cypress before our launch in January of 2022.

Today, ongoing development continues much as before but with a secure and supported outlook that extends far into the future. The site is 50% more performant (in terms of average page load time — the credit for which is shared between Backdrop CMS and Pantheon) and functionally indistinguishable from its former self. Our team is back to new feature development, and super excited to see where Stanford Seed Funding and Backdrop CMS go from here. 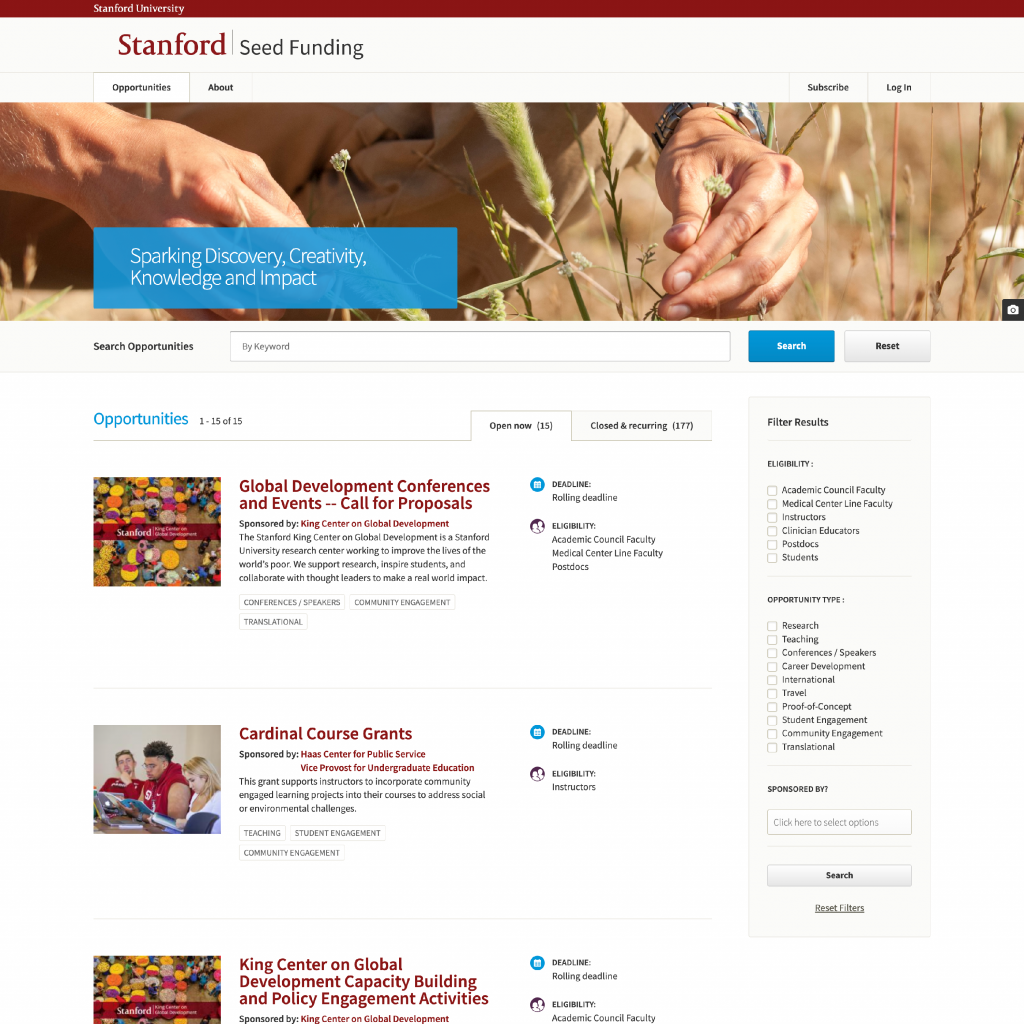 An in-depth software development life cycle (SDLC) analysis led me to the conclusion that Backdrop CMS was the most logical path forward beyond Drupal 7 end-of-life. In no small part, this calculus included an assessment of my team's abilities, and I knew we were up for the task. Our hypothesis about viability has proven out: Backdrop is absolutely ready for primetime.  We are in production now, with significant performance gains, and cost savings. Now we get to spend more time and attention on the functionality and UX enhancements that our users deserve. 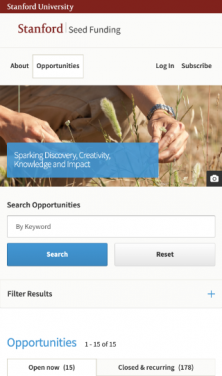 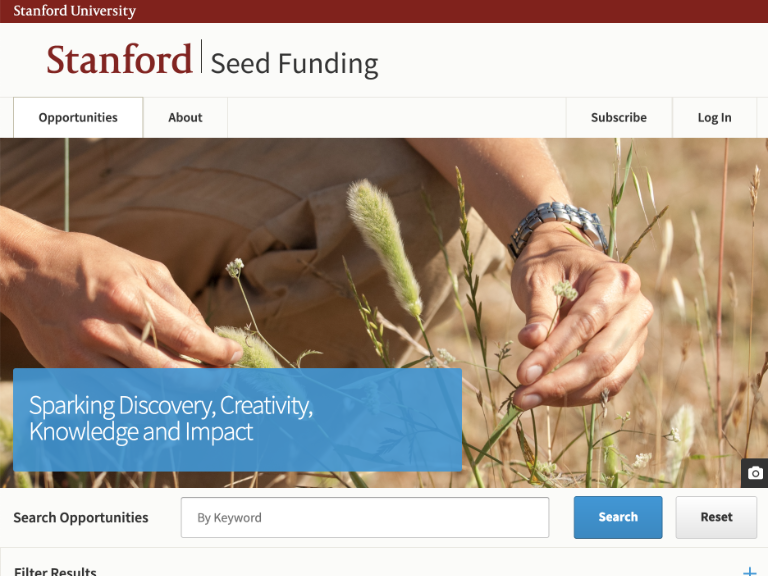 Transitioning our complex and multi-functional web applications to Backdrop was a leap of faith that has paid off tremendously! Ultimately, switching to Backdrop gave us benefits of both time and cost — leaving us with stronger, faster, and more flexible platforms.

Laraib Baig, Product Manager in the Vice Provost and Dean of Research at Stanford University