For a small town in Kentucky, we have a lot of interesting things going on. Fifteen years ago the town's Arthouse Cinema decided to host a film festival.  We invited local regional and national filmmakers to submit their work and crossed our fingers.  The first year had over 150 submissions from all over the world. In the years since, the festival has evolved and grown in size and reputation.

Since REIFF is celebration 15 years, we decided it was time for a new look. From top to bottom, the new site has been built to work. Wherever you are, whatever device.  The site uses a custom theme and layouts, along with a handful of modules to make it all come together.

I used Feeds to import data from the Drupal 7 site, which significantly decreased development time, which was handy as there were a few hiccups to deal with.  Thanks to the great Backdrop community I was able to solve sticking points with date tokens and views behaviors in short order.

The finished product uses Views heavily to organize and present film information in what I hope in an appealing package.

The Rivers' Edge International Film Festival was originally as a static site that first migrated Drupal 4.  With the release of Drupal 8, I began looking for an alternative platform for development as the overhead of D8 seemed unreasonable for the small to medium sized sites I often develop.

I originally began this project using D8, but ran into intractable issues that were years old. What I wanted was a fast elegant CMS to replace Drupal.Once I began working with Backdrop, I realized I had found the platform I needed. 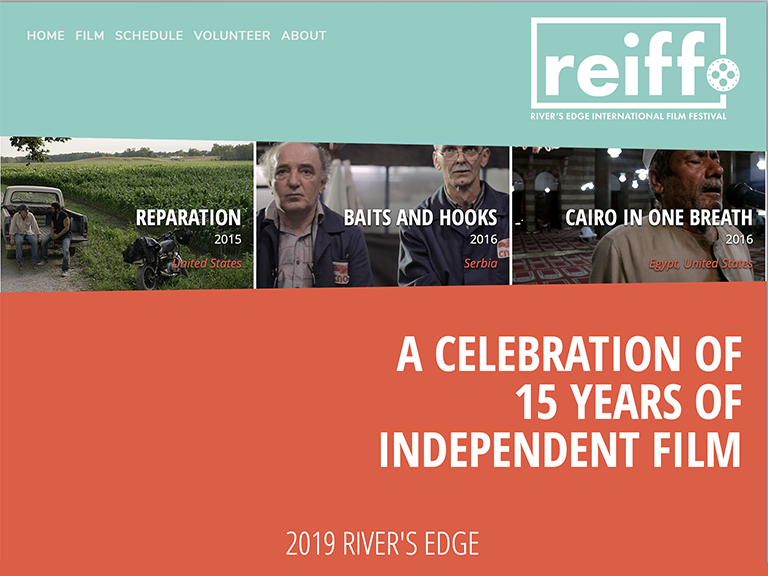