A simple, flexible multilingual site for a local political campaign.

Mauricio Calvo's city council campaign needed a clean site that was easy to manage and update. Beyond content pages to introduce Mauricio and lay out his platform, forms allowing people to join the campaign (and request a yard sign, or sign up to volunteer) and donate were a necessity. As an example of his commitment to embrace the diversity of the constituents he is seeking to represent, he also wanted the site translated into Spanish, Vietnamese, and Arabic. The site needed to be flexible so that the campaign needs could be met as they arose.

An initial site was built out by a volunteer using NationBuilder but they decided that most of the bells and whistles weren't going to be utilized, and the site ended up feeling clunky and bloated. After a month or so on NationBuilder, the search ranking was still not as good as it seemed it should have been. We rebuilt the site in Backdrop to take advantage of the simplicity of the system and added on modules to enhance the site with just the functionality we needed (e.g. webform, stripe) without the bloat. Since the first draft of the Backdrop site launched, we've already extended it to include a list of Mauricio's involvement in the community, which was simple to build with a custom content type and a view. After a month on Backdrop, we're seeing much better search results as well. 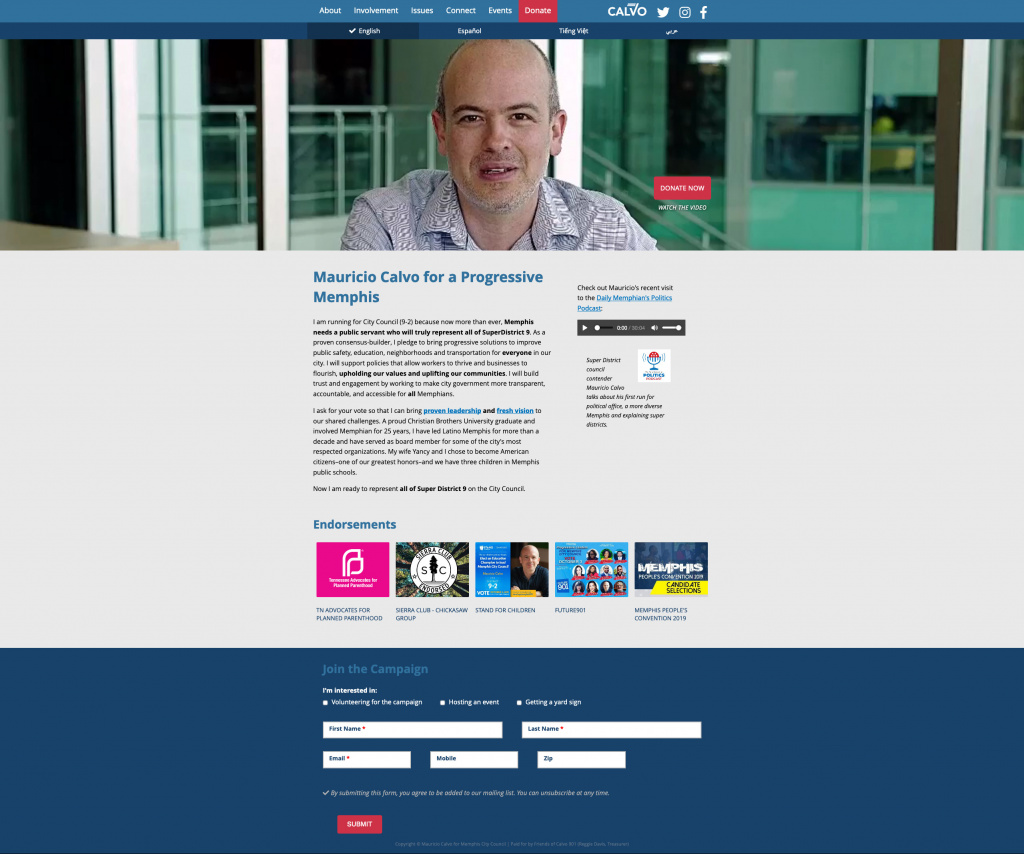 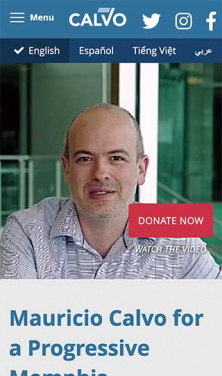 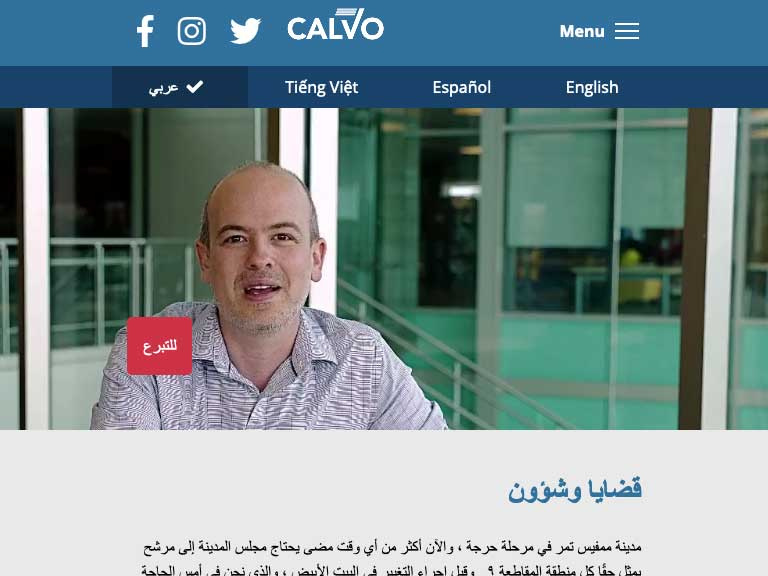